The 20200815 release includes genotypes from whole-genome sequences and reduced representation (RAD) sequencing. Genotypes are compared for concordance, and strains that are 99.95% identical to each other are grouped into isotypes. One strain within each isotype is the reference strain for that isotype. To look up isotype assignment, see Alignment Data tab. All isotype reference strains are available on CeNDR.

Only strains with whole-genome sequencing data have BAM files for download. If you do not see a strain, check the Strain Issues tab. Some strains have been flagged and removed from distribution and analysis pipelines for a variety of reasons.

Adapters and low quality sequences were trimmed off of raw reads using fastp (0.20.0) and default parameters. Reads shorter than 20 bp after trimming were discarded.

Trimmed reads were aligned to C. elegans reference genome (project PRJNA13758 version WS276 from the Wormbase) using bwa mem BWA (0.7.17). Libraries of the same strain were merged together and indexed by sambamba (0.7.0). Duplicates were flagged with Picard (2.21.3).

Strains with less than 14x coverage were not included in the alignment report and subsequent analyses.

Variants for each strain were called using gatk HaplotypeCaller. After the initial variant calling, variants were combined and then recalled jointly using gatk GenomicsDBImport and gatk GenotypeGVCFs GATK (4.1.4.0).

The variants were further processed and filtered with custom-written scripts for heterozygous SNV polarization, GATK (4.1.4.0), and bcftools (1.10).

Additionally, insertion or deletion (indel) variants less than 50 bp are more reliably called than indel variants greater than this size. In general, indel variants should be considered less reliable than SNVs.

We re-examined our filter thresholds for this release. A variant simulation pipeline was used as part of this process:

Isotype groups contain strains that are likely identical to each other and were sampled from the same isolation locations. For any phenotypic assay, only the isotype reference strain needs to be scored. Users interested in individual strain genotypes can use the strain-level data.

Strains were grouped into isotypes using the following steps:

Trees were generated by converting the hard-filtered VCF to Phylip format using vcf2phylip (030b8d). Then, the Phylip format was converted to Stockholm format using Bioconvert (0.3.0), which was then used to construct a tree with QuickTree (2.5) using default settings. The trees were plotted with FigTree (1.4.4) rooting on the most diverse strain XZ1516. 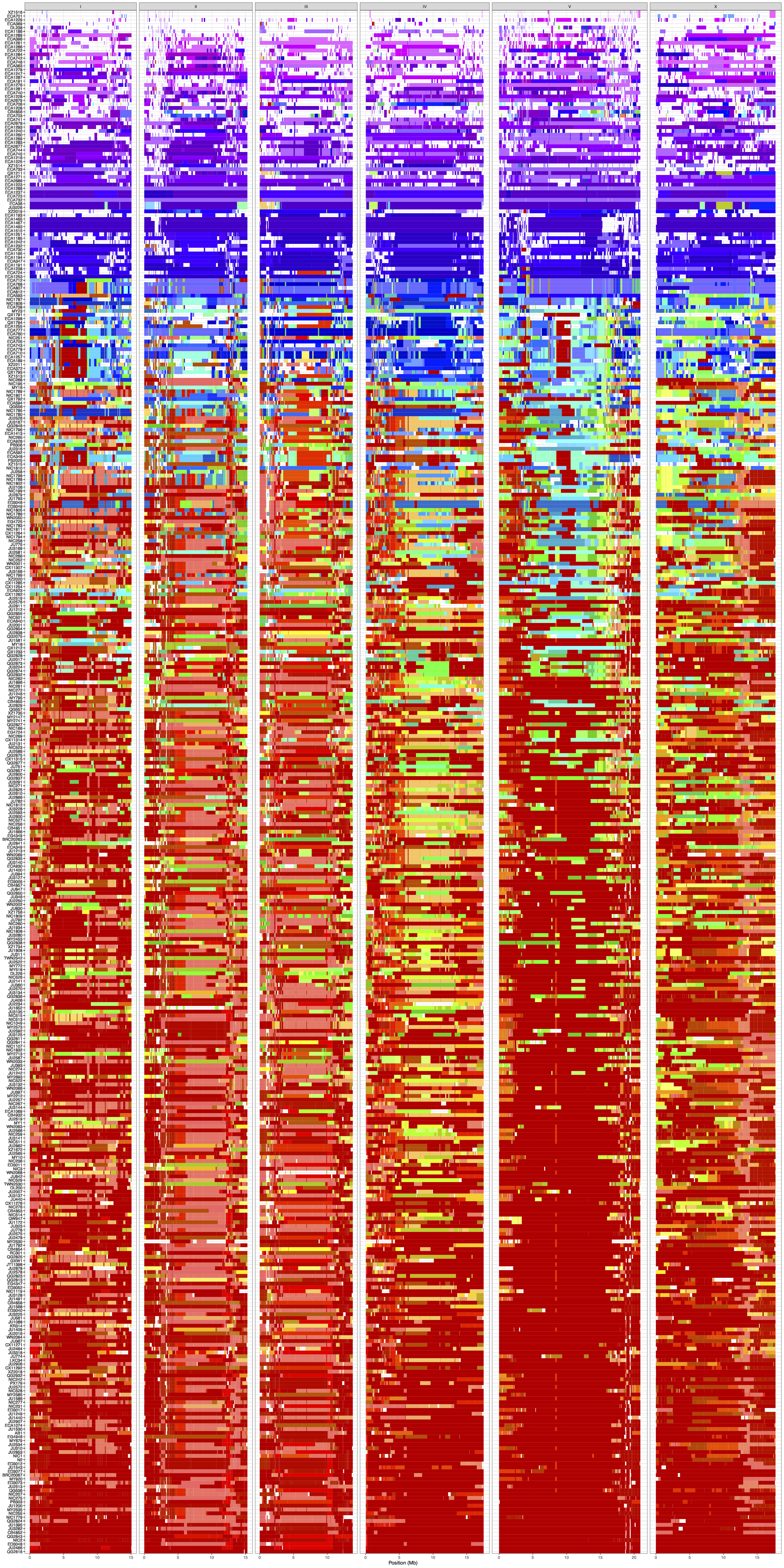